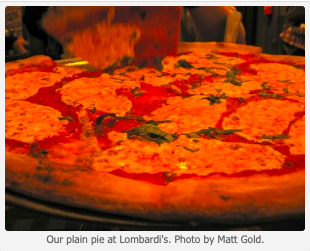 “To address the paucity of professorial pizza punditry, CUNY Pie has assembled a crack team of pizza-loving academics to make periodic pilgrimages to pizza joints both great and small, and to report back on their findings.” -About CUNY Pie

Did you know that when the CUNY Academic Commons was first developed, in order to test the functionality of the platform the original Commons crew assembled scholars from across the CUNY-system to storm various pizzerias throughout New York City? With pizza being such an NYC staple, it was only natural that it became part of the CUNY Commons origin story.  After bouncing around and visiting different locations, these members would then share their reviews on the CUNY Pie site page, and it was nothing less than poetic and entertaining. Below are just a few of the most memorable review quotes from the site through the years:

“The pies–one plain, one sausage and spinach–were very good, though not great. I got the sense that there wasn’t much craft in them, that they were a product of practiced motion more than passion. a totally understandable result from a place that’s been operating for more than 100 years, that serves locals, but also serves a lot of tourists.  I was most impressed with the sauce, in both its sweetness and the nature of its spread.  There was just the right quantity for it to gather when I folded my slice, which nicely concentrated its flavor.  The crust– though Boone argued that it could use “another 30 seconds”– brought the right amount of crunch. The sausage was forgettable.  Perhaps the plain could have used a touch more fresh basil.  I won’t complain, it was satisfying.”

“I am not a particularly sentimental man, but something about a chewy, crispy, charred crust brings the 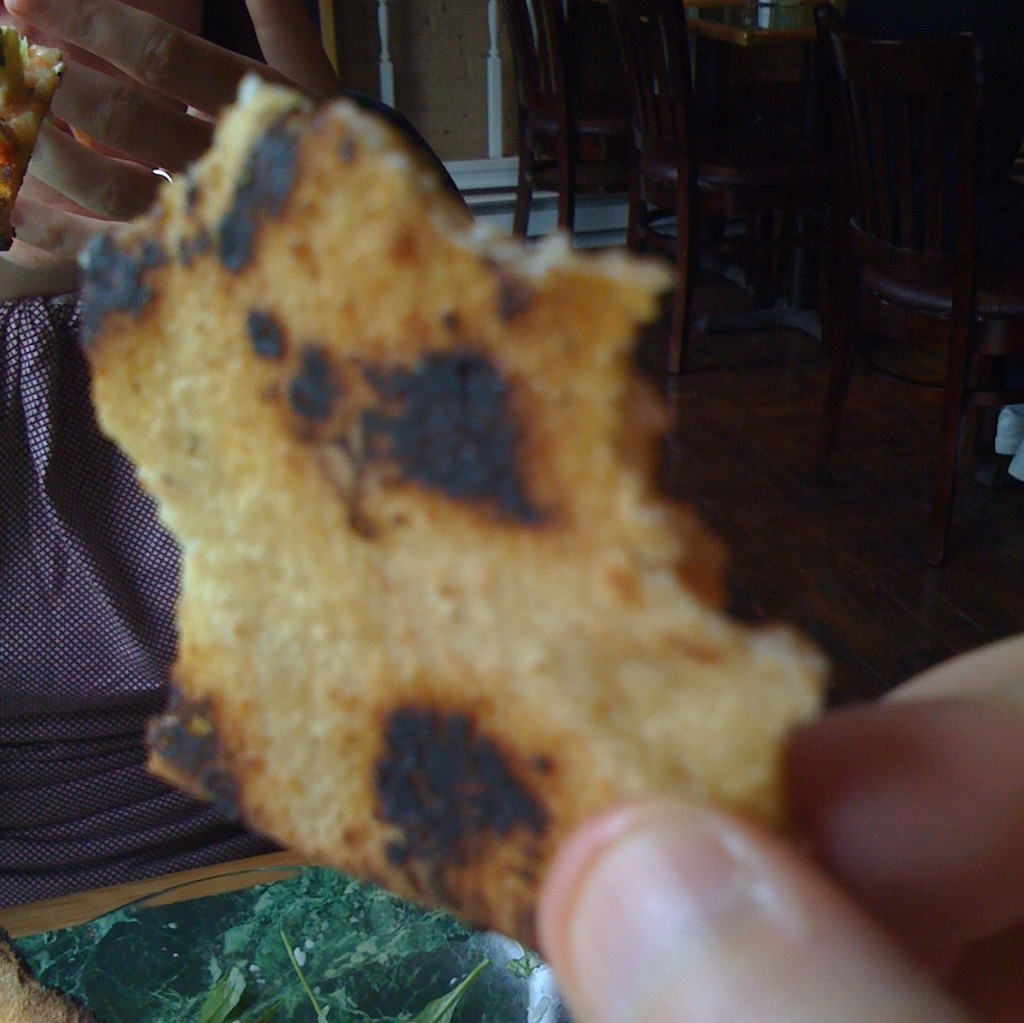 romance out of me. Indulge me: What could be more beautiful than the relationship between a hungry mouth and a hyperglutenous ring of dough? Like all great romances, this one is not without its tensions. Any decent cornicione puts up too much of a fight to simply be bitten off. You have to clench, you have to tear. The best ovens impart the flavor of their many years into those Maillard marks, bits of black that can taste bitter at first. Children might prefer an undercooked doughiness to a deep char, in the same way that they can’t appreciate the many layers of a great love story. Yet, for the initiated, the tensions of the fight make the end result that much more satisfying.”

-Boone Gorges on the “Tragedy of the cornicione”

“The CUNY Pie team arrived at Lucali in mid-April, just after dusk, with a cool breeze in the air and an eight-month old baby (!) in tow. We stood outside, shivering a little as we waited for a table. And then, the fateful call came, and we were invited in to a rustic, candlelit dining room with rough-edged, 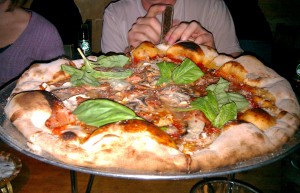 wooden slab tables and the cherried glow of a pizza oven warming the the room. We ordered a few pies and also a calzone, which @boonebgorges let us know was a speciality of the house. The pizzas arrived piping hot, with steam lifting off of the cheese and the light, hand-shaped crust charred to perfection. The tomato sauce was bright and the pies were adorned with fresh basil and long, thin shavings of aged parmigiano reggiano. The eight-month old slept in his stroller under the table while the rest of us feasted. We left nothing behind but crumbs. It was a good night, and the pies — perhaps like this post? — were well worth the wait.”

–Matt Gold on his 3rd attempt to dine at Lucali’s

By the way, all are welcome to join the CUNY Pie group on the Commons! According to Matt Gold, founder of the CUNY Commons, “this is a completely open group whose only requirement is an insatiable urge for charred crusts and seared squares of mozzarella (unless one prefers shredded mozzarella, which is fine, too).” So if you meet these qualifications, feel free to join the group and keep an eye out for the next potential community outing!

Let us know what some of your favorite Commons groups/sites have been over the years by clicking here! In the meantime, enjoy this video of the CUNY Pie Anthem (2009) below!