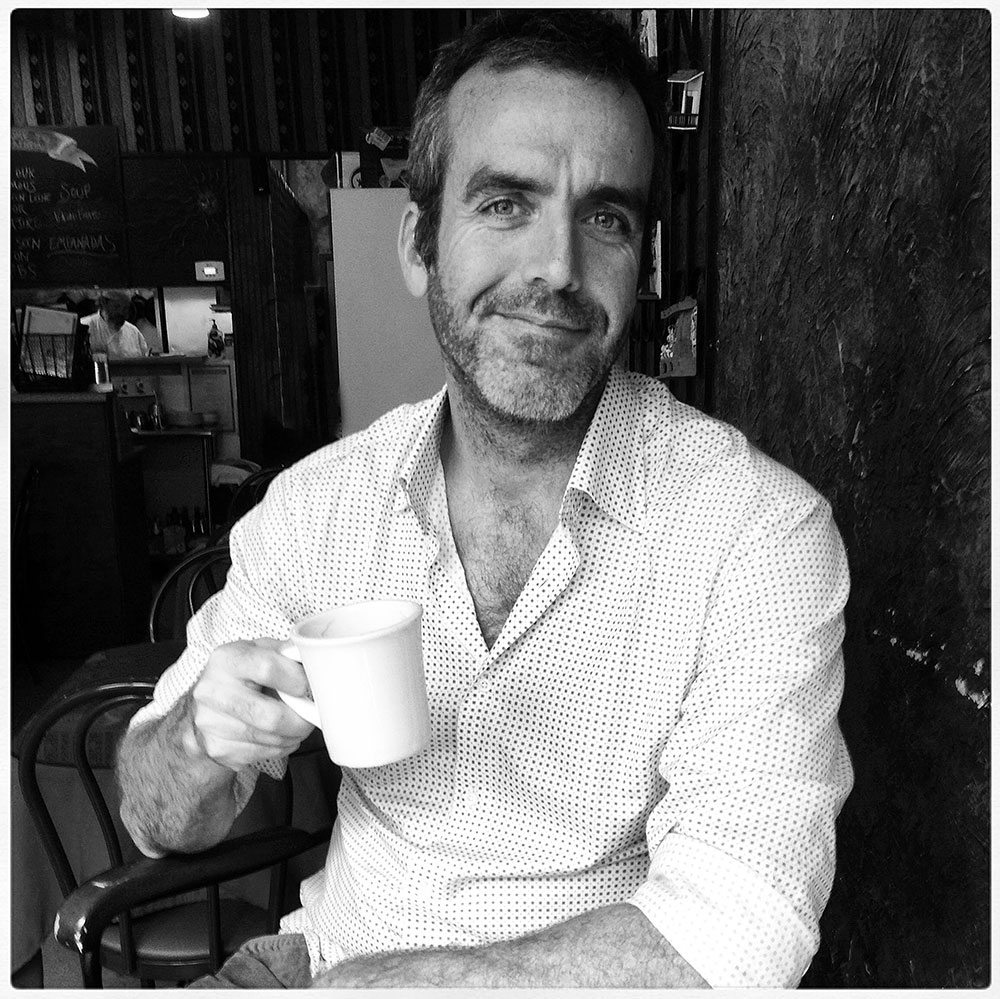 “It is a place for people with passion projects. If you’re someone who is an opportunist when it comes to spaces where they don’t tell you how to use the system, and you’re interested in discovering what it will allow you to do, then it’s a good place for you to be. ” -Michael Branson Smith

Hello again, members of the CUNYverse!

Today we’re going to look into another side of the CUNY Academic Commons, more specifically, the projects hosted on it! Inspired by a discussion with Michael Branson Smith, who shared various projects he has developed using the Commons! Michael happens to be part of the Commons team as our Director of Special Projects. Outside of the Commons, he is a web artist, an Associate Professor of Communications Technology, and the Director of the Communications Technology Program at York College. Michael has been with CUNY for almost 20 years as well as a member of the Commons for almost 10! Over time, he’s taught various courses through York’s Performing and Fine Arts Department! 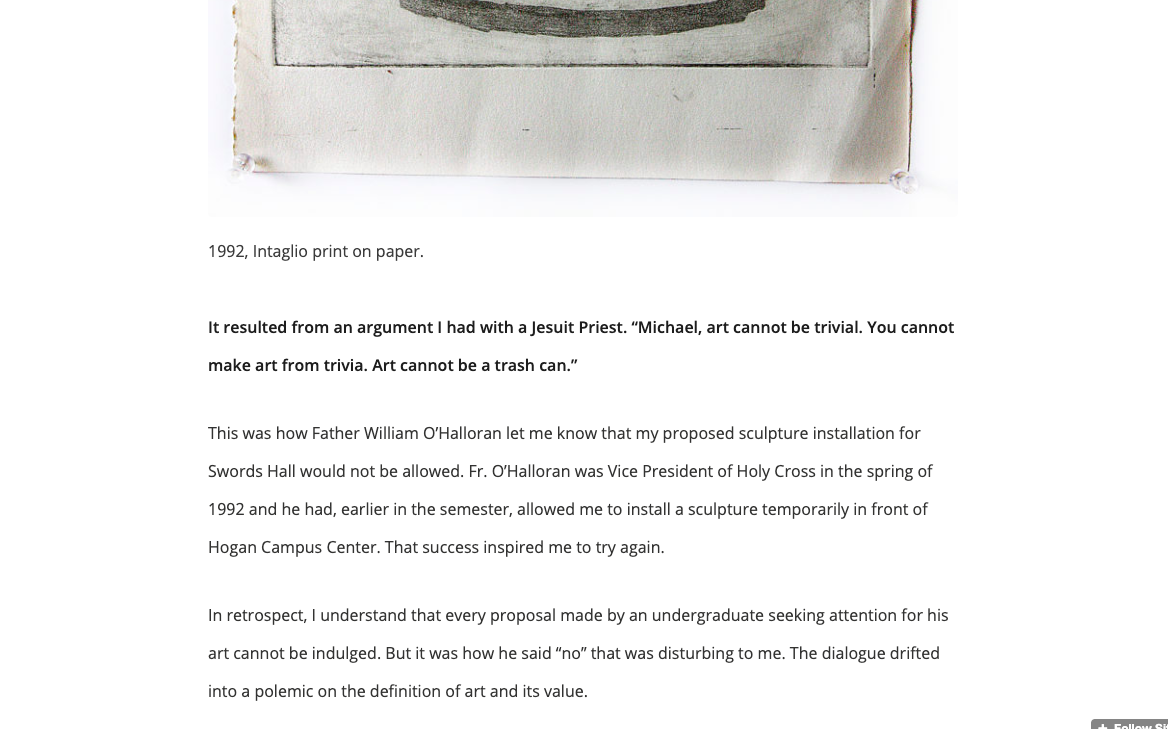 Michael’s relationship with project creation on the Commons started when looking at his old work in industrial design and video production, more specifically, his remix work, as he began teaching a course known as DS106, Digital Storytelling. He proceeded to take an early project of his titled “it cannot be trivial” and revived it on our platform. The project was inspired by an early experience where Michael was told that art could not be trivial, and so he proceeded to use the Commons as a space to evaluate graduate work in the format of a personal blog to analyze art.

What made the project even more compelling was when someone began to read and engage with Michael’s blog. He had another Commons member responding and adding Michael’s writing to his own footnotes, which helped to inspire future projects for the CUNY Academic Commons community to engage with on such a level. 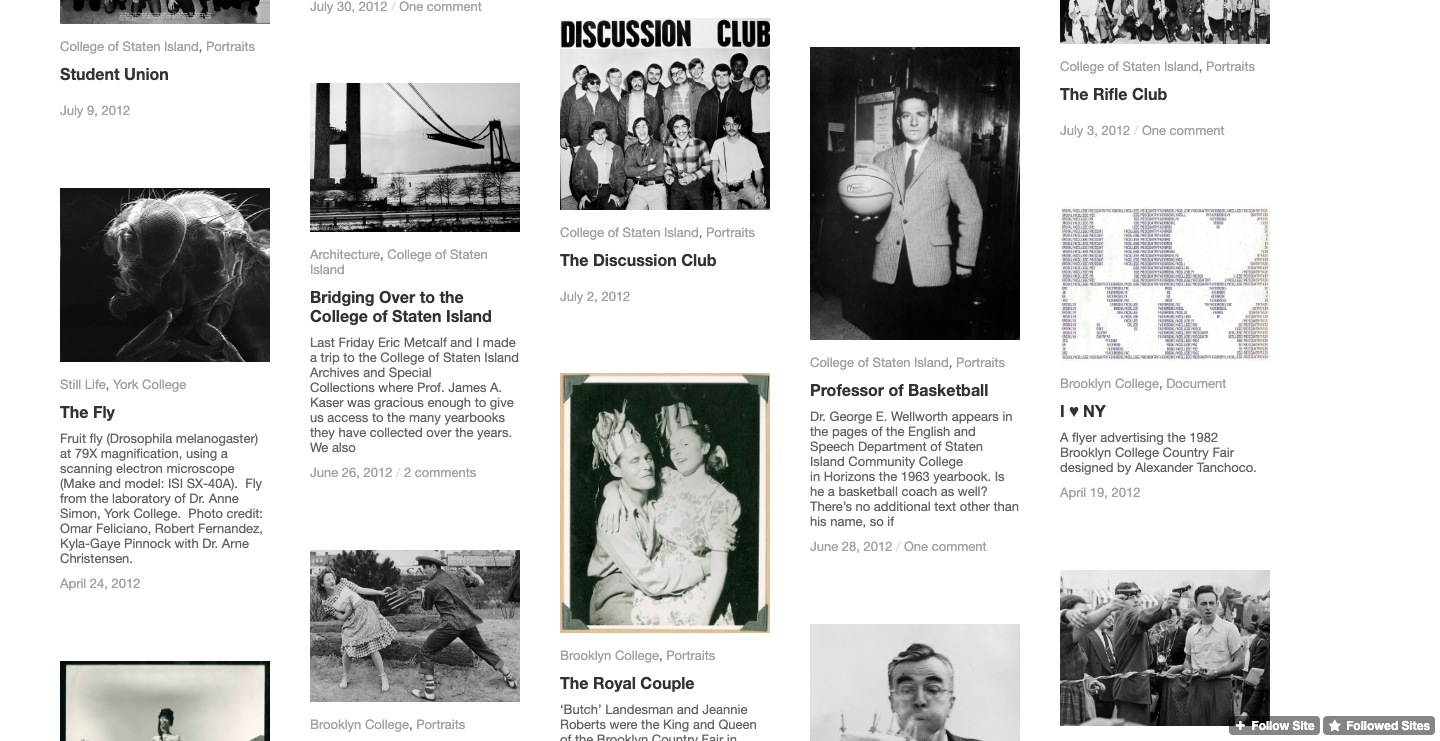 Later down the line, Michael got into photography digital archiving on the Commons. He began exploring photo archives at York College, which led to the development of a hidden CUNY Commons gem: Pictures of CUNY. Although not entirely a formal project, he began to get invitations to explore other campuses and their archives to continue accumulating content for this historical archive. With the exploring, he revealed exciting bits of CUNY history which some people may not have otherwise known. For example, did you know the College of Staten Island is an aggregation of what was formerly two campuses? Or that they had a rifle club? Crazy, right? Or that Brooklyn College was an amalgam of satellite campuses from Hunter College and City College? There are so many things we members of CUNY might not have ever known if not for these types of projects happening a few clicks away on the CUNY Academic Commons. It even became a collaborative effort, with some people sending in submissions, which is what the Commons is all about.

A final example of Michael’s work with the Commons is the run of CUNY.is/LIVE. This was a live streaming service offered by the Commons where we would be able to stream research, lectures, events, and more happening around random CUNY campuses. It was a way for us to share what was happening around our university in a more accessible way. Broadcasting these events required a crew of people to help run it, so it eventually came to an end. However, that was okay. According to Michael, these projects we all create tend to have a lifespan based on our own abilities and interests and it is natural as we find interest in new things that the old things begin to slow down a bit. 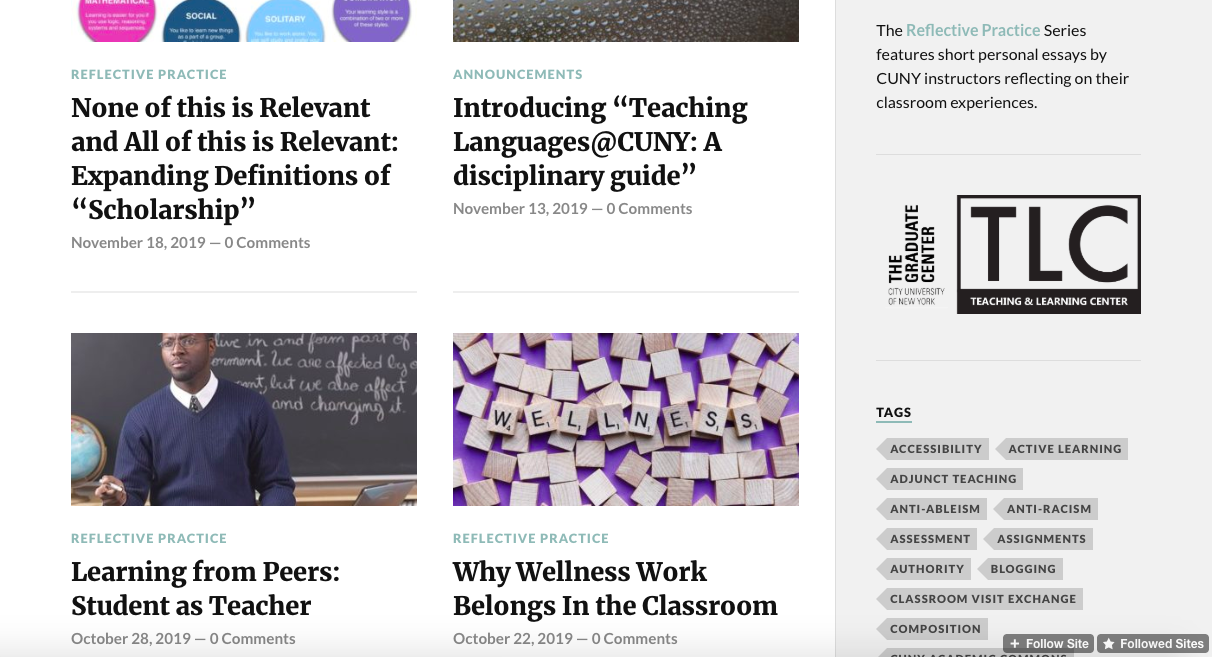 This is just one person’s journey in terms of projects on the Commons, it barely scratches the surface. There are many series of projects hosted here, speaking of which, some of you may know about Visible Pedagogy. This is a blog that acts as a place for discussions on teaching and learning in the CUNY system. Edited by the staff of the Graduate Center’s Teaching and Learning Center, Visible Pedagogy is a Teach@CUNY project that addresses key topics ranging from accessibility to feminism, to politics, to student-centered learning, and so much more. This group is committed to delivering and sharing new experiences for everyone to learn from, all through the CUNY Commons.

What makes the CUNY Academic Commons a great place for projects?

“I started a lot of these projects as I began exploring CUNY and talking about the Commons and these ideas of ways you can do work across campuses without being told how to do it, if you will, by certain other systems. You see, our system has constraints, but if you wanted it to do something else, then you could ask us! That was one of the things that always drew me to it. I’ve always experienced that ethos with the Commons, and have stayed connected with students and staff through the work done on this platform.”

The purpose of this piece was to share with you all how although the Commons has been majorly a source for teaching in the past couple of years, it’s also a source for enthusiasm for individual interest in passions. I hope some of these works inspire you to create! In the words of Michael, let’s find ways to have some fun with things people find academically interesting! As always, if you’re teaching or doing research on the Commons, don’t hesitate to reach out!